Last night, as I scrolled through FACEBOOK, I saw post after post giving me a list to fix my life. Well-intentioned principles and keys to having a “good and successful” life.  I even saw some posts that encouraged me t

o read the “secrets” on their list that were so freely given by other posts.

After scrolling through the same lists that I have read multiple times in my life, I have decided I have had enough! Although, I will say that I found it humorous that “The 7 Secrets to Success” had eight thumbs up in the picture.

I don’t need to know the “7 Secrets to Success” the “10 Steps to Prosperity” or even the “5 Keys to a Happy Marriage”.

List them any way you wish, call them anything you like…as far as I’m concerned they are

all a ridiculous waste of time! No matter how fast I ordered “now” life isn’t that simple.

I won’t remember the list,  I can’t keep the secrets and I always lose the keys.

My life experience has definitely taught me that life isn’t as simple as a list of solutions.  To be honest, as I’ve watched life for over five decades, it just gets messy.

There is no list that will fix it.  It’s not that simple.

I know the list makers are just trying to help, but it isn’t helping!  We all want an easy fix, but there is no easy fix, no list or secret that will make life simple.

It’s life… it’s an individual walk that often wanders around a bit, stumbling and fumbling to find it’s way.

I will tell you that your walk through this life will be hard.  It will be filled with dispointment and loss.  No matter how pretty a picture people want to convince you their life is on FACEBOOK, it isn’t. There are no keys and certainly no secrets.

Life has and ebb and flow to it.  There will be good times and there will by hard times, difficult times filled with regret.  None of us can avoid that. Nobody said it was easy. Why do we think we can solve it by a simple list of principles?

I won’t give you another list of things to do to be happy in this life.  You won’t remember them, more importantly you won’t do them.

But I will tell you the reason most of these lists fail to bring the results everyone so eagerly desires.

He is the one who gets us through the hard, difficult times in this life. 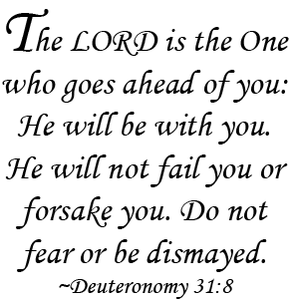 He walks with us and stays with us.  Never abandons us, or forsakes us like our friends can and do in this life.

As a matter of fact…He actually will at times go before us to pave the way through these difficult times.

I’m so glad God didn’t give us a list to get success, secrets to happiness. He made it so much simpler.

We will fail often, but God doesn’t abandon us.  I’ll try the same thing at least three times before I realize it doesn’t work, but it’s worth the education.

Secrets, principles and keys…no thanks.  Just remind me that life is messy, but God will hold our hand as we stumble through it together.  And that is the best advice on making it through this life that anyone can cling to.

And in the end we will laugh at all the lists we created to fix what only a relationship with God could fix.

2 thoughts on “Principles, Secrets and Keys to Life, Ummm, No Thank You”