I recently was told a story about when the British colonised India. They were in Calcutta and some of the English people were trying to establish a Golf Course.

However, there was a problem – Monkey’s surrounded the Golf Course – and 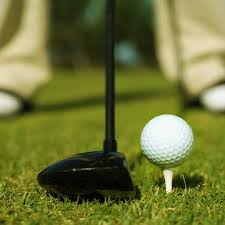 whatever it was about the game of golf, these monkeys really enjoyed both watching and taking part in the Game of Golf. So when one of the Golfers took a swing and knocked the ball into the Fairway, these Monkeys would run along, grab the Ball, and start throwing it around.

Obviously, the Golfers didn’t like this, so they tried doing a few different things to solve the problem.

The first thing that they did to try to control this situation was to build high fences around the Golf Course – not such a great idea considering it’s was Monkeys that they were trying to keep out! Not surprisingly – the Monkeys just climbed the fences and carried

on with their game.

The third thing attempted was to capture the Monkeys, but for every one that they captured, there was another Monkey or two, left.

They couldn’t solve the problem and decided that they had to bring about an innovation – and the innovation was a ground rule that said – ‘from now on we play the ball wherever the Monkey drops it.

As you can imagine, playing this way could be rather frustrating. For example, the ball is driven well down the fairway close to the hole – only to have a monkey run off with it and drop it somewhere far from the hole. On the other hand, the opposite sometimes happened. A terrible shot might be picked up and delivered close to the cup. It didn’t take long before golfers realized that golf on that particular course was quite similar to our experience of life – there are good breaks and there are bad breaks and we cannot entirely control the outcome of the game called life.

Like it or not, life is all about playing the ball where the monkey drops it.

That means that many times in life you will have to play the ball from the rough.

Life has a way of messing with our game plan. We tee life up just the way we like it and make a good swing for success, and then things change; sickness, opposition,

financial hardship, relational breakdown, betrayal, divorce or our own poor choices, and we find ourselves with a bad lie playing out of the rough.

In moments like that we must master the skill of playing the ball where life drops it! It has been well said that life is 10% what we make of it but 90% is how we respond to adversity.

In life, sometimes you will have to just play the ball where the Monkey drops it.