I have an enemy that I deal with daily.

I face it constantly.

The battle with my worst enemy will continue till the day I die.

My enemy is not the Democrats, nor is it the Republicans.

It’s not the President.

My own worst enemy has nothing to do with politics.

It’s not the Russians.

It’s not Iran, Iraq or Afghanistan.

My enemy is not an Atheist.

It isn’t the Muslims or Islam.

It’s not the liberals or conservatives.

My own worst enemy is not CNN, MSNBC or Fox News.

It’s not Black Lives Matter or the Trumpsters.

My enemy is much more insidious than any of these.

Much more deadly and dangerous.

My own worst enemy is…  ME. 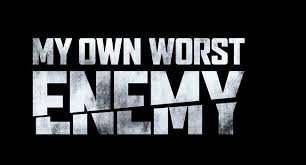 (Paul speaks very clearly in Galatians 5 about our battle against the enemy within…ourselves.  All too often we look to others, or things, to be the source, the cause (and usually the blame) for our sins and our problems.  Although sometimes there can be external forces, ultimately all responsibility lies at our doorstep.  Our greatest battle is truly against our own flesh, the sin nature that resides in each of us.  So, in fact, our worst enemy is ourselves.)