Normally, I remember people when I have spoken with them— especially when I have seen their name in print. I’ve had a pretty good track record of at least recognizing that I have met someone before, even if I don’t exactly recall the setting.

This week, however, I experienced something new to me.

A few weeks ago, I wrote about forgiveness.  I shared how forgiveness is a process for us.  God forgives differently than we do.  He forgives us fully and completely,

but man does not. The human aspect of forgiveness is a process that we must work on each day of our life.

I wrote that article based upon my perspective of forgiving someone who has offended me. However, I was exposed to an aspect of forgiveness that, for some reason, I never really had to deal with before.

This week I had someone call me and ask for my forgiveness.

His first words were, “I am calling to ask you to please forgive me.”

On the phone call, he said to me, “David, you remember me, right?”

I didn’t remember him, so I asked him where we met.

He was a sales representative from a company that I had done business with through my work. For several years, I worked as the purchasing manager and we had met a time or two during that time.

When he told me, I was totally astonished. I had totally forgot about him and the event.

First of all, I was surprised that I didn’t recognize him, although it had only been a few years since our meeting. Secondly, I was even more shocked that I didn’t remember him because our earlier meeting was not a good one.

His company had failed to provide the product we had purchased through him.  It caused us to shut down our line and it cost us money.  He was defiant and blamed everyone else. He took no responsibility for the failure. As a matter of fact, he tried to turn it around and blamed me for the failure.  I remember now that he was rude and hateful and as soon as we got our line back up and running, I resourced the part to another company.

Shortly after the event, I moved on.  For me, it was business and not personal. I forgot about it. I never gave him a second thought.

For him, he made it personal.  He was young and brash and inexperienced. The way he handled the situation cost him a huge account for his company.  What I didn’t know was that it also cost him his job as well.

I had no idea that apparently, he has been carrying bitterness towards me since that time.

On his call, he told me that he was a very different person back then, he had changed and that he had been trying to figure out how he could get a hold of me and clear his conscience.  Apparently, I wasn’t the only one he was contacting.  He stated that he was asking for my forgiveness.

I wanted to tell him that there wasn’t anything to ask for forgiveness for.  But I remembered what I wrote, and I let him talk.  This wasn’t about me.  It was about a man who had come to the point in his life that he needed to unload some guilt and regret from his youth.

For years, he had been picking up the hate and burden every morning for someone he didn’t really know.

I instantly felt nothing but complete forgiveness. I could tell he wasn’t sure I meant it, but I genuinely did forgive him. I hope his burden is lighter today than what he has experienced.

First, how easy it is to forgive someone when one gets to see the other in a fully positive light.

Second, how important it is to not allow the past to be a filter for the present.

I am so grateful that I was not biased by my previous encounters, and able to completely embrace this new setting without preconceived thoughts. It is so easy to put labels on others.

Thankfully, for whatever reason, I am happy for him because things will turn out in a much better way.

Forgiveness is so much easier without the hurt attached.

My prayer is that the veil of forgiveness forever rules in my mind and in my heart.

My words will never adequately express the horror of the shootings in Las Vegas.

News stories report body count and hospitalizations in an attempt to convey the incomprehensible magnitude of the violence.

The number of the dead and wounded could describe a pitched battle in Afghanistan or, long ago, as I remember as a child the reports from Vietnam.

But of course, this wasn’t a battle fought on foreign soil.

This was a country music concert.

And the attacker was an unremarkable American citizen who possessed a personal arsenal of automatic weapons. As he so dreadfully demonstrated, weapons designed to kill human beings in large numbers very efficiently.

t yet know why the killer opened fire from his 32nd floor hotel room. But we are reeling from the savagery of his actions and the random senselessness of the deaths. He indiscriminately maimed and murdered scores of complete strangers who were out on the town for nothing more than a good time.

While we cannot today find a final answer to the great puzzle of our national addiction to violence, perhaps we can nonetheless finally admit the addiction.

As frightful as the Las Vegas killings are, they join a long list of mass shootings.

Such violence is all too frequent.

The murders last Sunday stand out only because of the numbers.

And because it was captured on video.

However, these same numbers some times take place in Chicago on any given weekend and no one even bats an eye.  It is not noticed because it usually is a one-on-one event. One person killed events in an abhorrent number of weekend murders… in a “gun-free zone.”

But we have to do something.

As a nation we have been at war since 2001. Since I was born, the years of national conflict nearly outnumber the years of peace. And I’m not including the Cold War, covert actions, and episodic military interventions. So many young adults do not remember or  have experienced an America at peace.

There is no question that the type and number of weapons hoarded by the Las Vegas shooter made him exponentially more lethal. We can and should arrive at reasonable political measures that address an individual’s capacity to wreak such unspeakable havoc.

I not talking about taking guns away from anyone. I want a society that is able to have the freedom to have a gun to protect themselves or to use for appropriate hunting.  I do not believe we need to pry the guns from the hands of Americans.

However, what I am saying is that we can do something moving forward.  We need to keep these type of guns off and out of the free-market.  We can stop people from buying a gun that can shoot 70 – 90 rounds in 10 seconds.  Is there 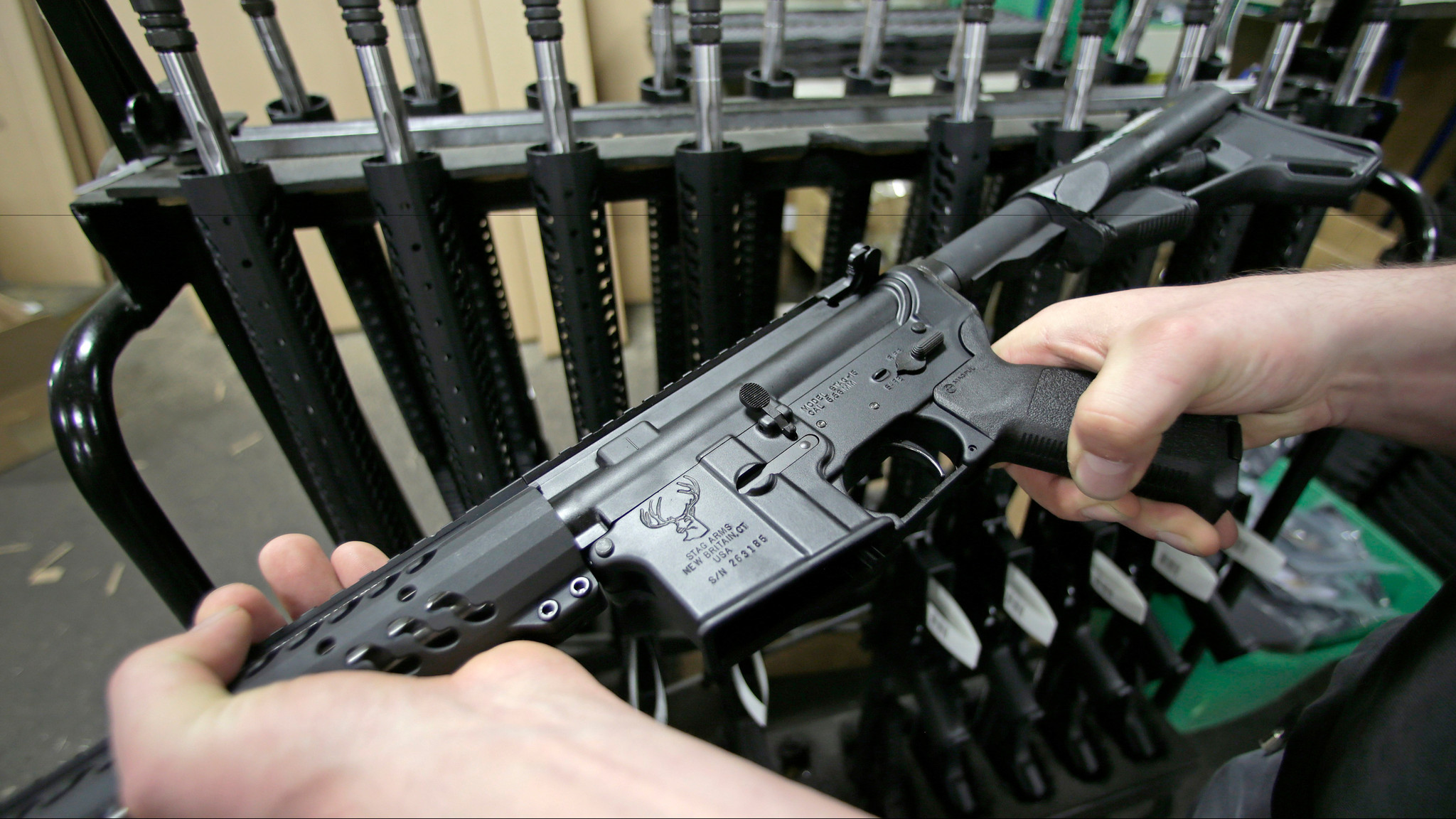 really a purpose for a gun like this? I think not.

In truth, we will never be able to clear our society of these type weapons already purchased.  They are embedded and unfortunately will be a part of a society that will need to deal with the outcomes of such weaponry.

I am not naive, I know that someone will continue to make these type of weapons, no matter if we ban them from being sold. If a person wants to have a gun to use for evil, no matter what type of weapon they want… it will be available somewhere. Regardless what we do politically.

But we have to  do something.  We need to limit their numbers of availability. Doing nothing just deepens our accountability for these type of events from occurring.

And yet, even if and when we achieve a political solution, our spiritual challenge remains.

As a believer, I can no longer turn my eyes away from these type of events and simply say I will pray for the victims.  While it is a good place to start there is more that we can do. To be followers of Jesus, requires reflection, repentance, and transformation.

As long as violence in any form is our only customary means for maintaining our security, our status, and our stuff, we will ALL remain… mortally wounded spiritually.