When I completed my book in early 2018, I felt a genuine sense of accomplishment.

rk I put into it, but the period of my life it captured.

But it has never felt like it would be my last accomplishment in this life.

I feel adamant that it is not.

And while so many people say they are going to write a book. Possibly one that would be “good enough” for people to want to purchase and to read. Most people never do it.

However, I am convinced that there will be something else that will define me more than what I had done (or in this case, written).

Prior to writing the acknowledgments section of my book, I read so many “Acknowledgment” pages from so many other books. By and large, the authors of those books wrote about the labor of love that had been their book. They wrote in great detail about what others had meant to them in the process. Their acknowledgments sections suggested a sense of finality. Obviously for their accomplishment of finishing their book, but beyond that too. I didn’t have a desire to offer the same.

Accordingly, my acknowledgments section was short, direct. I thanked who I wanted to thank.

Mine was a conscious, stubborn move. It was symbolic – the equivalent of skipping the “press conference” after you won the Championship game.

I actually took more time to thank the artists that made the music that inspired me to write.

My book is a milestone in my life, but it is nothing that will define me.

That aspect has been discussed many times on this site. The fact remains that I still remain unsure that I will ever find what that something “else” might be.

I have remained patient.

In the meantime, I am exploring opportunities with my job and hopefully get involved with corporate training.

Yes… my first book has been out for a few months.

I use “first” by design. Maybe there will be another one… maybe not.

Any book that I would write, after all, does not reflect my ultimate interest, ambition or passion for that matter.

A book should not represent my life’s work; rather, it should only represent a portion from a particular period of my life. 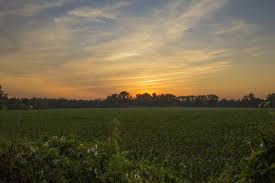 I continue to feel that there is something more… something “else”… that will define me more than what I have done.

I look towards the horizon. There is more for me to do.