For many years I fought the idea of using GPS because I already had a GPS.

Her name was Pam. She is my wife.

Pam has a knack of knowing exactly where the nearest mall is and where all the “good” restrooms are for a 200-mile radius of wherever we are. I think of it as a 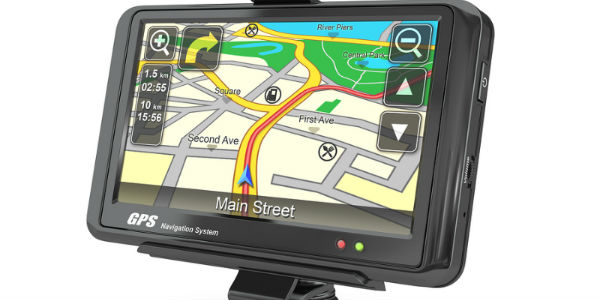 “sixth sense” if you will.  She is always right and she didn’t need batteries.

Now the truth is, if I ever need to find a destination that wasn’t an outlet mall or a T.J. Maxx, I have had to become dependent on the voice of a strange woman. She has my destination locked in her memory and shows me the perfect way to get there.

Like Pam, she’s always right. Unlike Pam, she never asks me what I am thinking or insists on stopping at every outlet mall we pass.

But occasionally I deliberately, or by accident, make a wrong turn.

What happens next is amazing!

My GPS gently tells me

how to get back on track. With no hint of anger or disappointment, I hear a single word, “recalculating.” Then she comes up with a whole new perfect plan for me.

A new beginning from my current position. How cool is that! The destination remains the same… the journey getting there has been adjusted taking into account my diversion.

I have a lot to learn from this woman.

A lesson that can make 2019 a productive and happy new year.

Here is the strategy to help lead you to a happy and successful new year.

Anticipate the need to recalculate!

The path to success, in business, marriage, friendship or faith is NEVER, you heard it right, NEVER, without misguided or intentional detours.

Like rockets fired at some distant target, we begin making errors shortly after liftoff.

Every rocket fired into space goes astray, every single one. Back at the command center, the missiles “GPS” is constantly recalculating and sending new commands, “correct one degree to the left.” Soon the rocket is back on course….. but not for

long. What looks like a flawless shot to the moon is actually a million little recalculations made along the way. The ability to recalculate gets the rocket to where it is going. The same ability will get you where you want to go and where you are supposed to go.

We are extremely reluctant to accept “recalculating” as a pattern of success. We want to believe the journey will be seamless and without error. But it is those who accept failure as a reality, those who eagerly seek to learn from mistakes, those who are anxious to recalculate and get back on course, those are the people who reach the pinnacles of success.

Even God recalculates for us. It’s called GRACE! God’s Provision for our stupidity!

So if God does it, why shouldn’t we? When we make a wrong turn in life God doesn’t ban us from making the journey. He just whispers, “recalculating” and redirects us, from where we find ourselves at the moment, to a NEW and PERFECT path to the right destination.

Where are you right now? Where do you want to be?  Recalculate!!!

You can get there from exactly where you are!!!

One thought on “Recalculating”