There are over 2,700 ways to say hello on this planet, not counting handshakes, fist bumps, smiles, nods, winks, bows, hugs and rubbing noses. 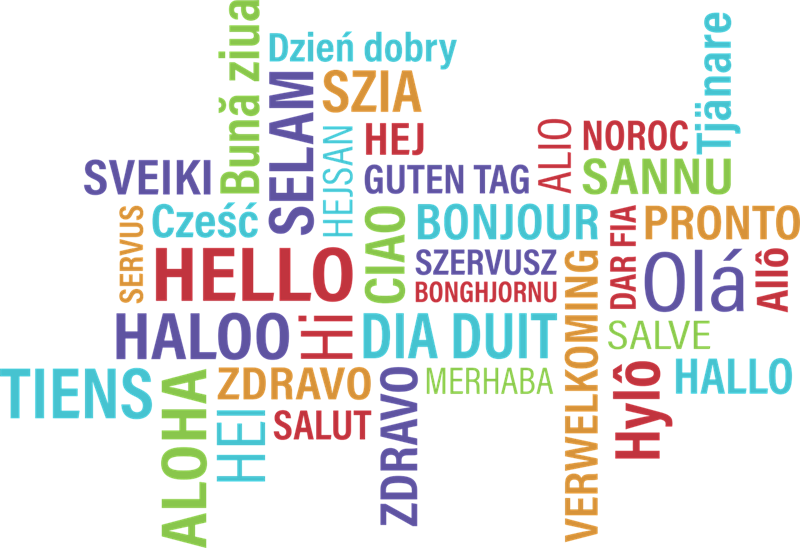 Go ahead, pick your favorite, or do as they do in Tibet—stick out your tongue, which for the non-Tibetans in the crowd, is a sign of respect and a simple way to send a message that you care.

Hello is a magical and momentum-building word that puts into motion unseen forces.

I’ll call it a game-changer—a symbolic gesture that we’re getting off our couches and going out to engage the world. Yes, my friends, put all the advice you’ve heard about getting older aside for a moment and remind yourself that no matter what you have planned for your life, there can be no bright second act without hello.

Unfortunately, hello has gone the way of the personal letter.

Hello… has been devalued; its warmth stripped to a conversation starter.

Yes, hello is a way into a room, a start on the phone, the beginning of an email, but it is a far cry from a happy tongue shot out of the mouth.

And, as with anything we don’t put our hearts into, we eventually stop doing it altogether or reserve our hellos for the chosen few in our immediate circle.

In time, we no longer go out of our way to say hello.

Now, if it sounds like I’m on a soapbox, pointing fingers, I am—mostly at myself.

Full disclosure, I not only perfected the quick, “let’s move on” hello, but I also invented the “something in my eye” twitch, the shoelace tie, and the fake phone

call, along with a dozen other ways to get out of saying hello in the first place. Hello… means I have to engage, I have to do something, maybe join a conversation—which, if got out of hand, might lead to coffee or a night out with couples.

Call me a casualty of my poor hearing, a killjoy, or plain lazy—they’re all true. Either way, I don’t extend myself as much as I should. But I’m trying. And I understand that we get to a point in our lives when we shouldn’t have to extend ourselves if we don’t want to. We’ve earned the right to all the solitude we want. But saying hello isn’t about turning introverts into extroverts, or not valuing personal space.

Saying hello is about connecting and embracing the world around us.

If you don’t think that’s a problem, think again. According to the U.S. Census Bureau, over a quarter of the U.S. population—and 28 percent of older adults—now live by themselves. Forty-six percent of U.S. adults report sometimes or always feeling lonely, and 47 percent report feeling left out. Suicide from loneliness is a real phenomenon.

And while we could debate all the reasons for this, and the actions society should take in response, the truth remains: we must each step out of our comfortable world and meet the universe half-way. We must open our hearts and acknowledge those around us while also allowing others to recognize us.

To see and to be seen.

We can start with a hearty hello.

Hello… is more than a greeting.

It’s your foot in the door to a whole new chapter in your life.